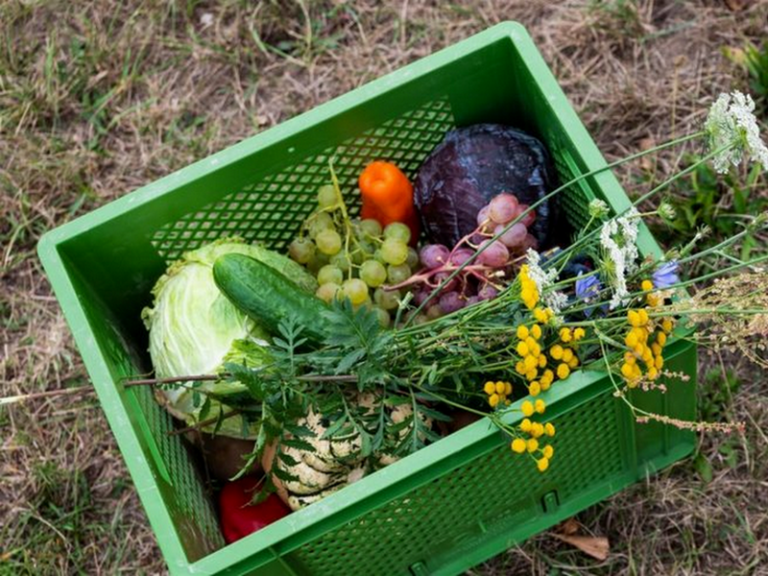 The plantAge eG is the first veggy coop in the Berlin Brandenburg area with the aim of a vegan organic self-sufficiency of its members. Since 2019 we grow veggies on about 4,5 ha, potatoes on 2 ha and 2000m2 in foil tunnels. We grow about 40 different vegetable crops for 400 members. The vegan aspect is important to us because we do not want to harm living beings. Therefore we increasingly work according to the biointensive system. At any time there are about four to six volunteers on site, additionally to the core team of 5 farmers, as we give those interested the perspective to get to know vegan organic farming themselves.