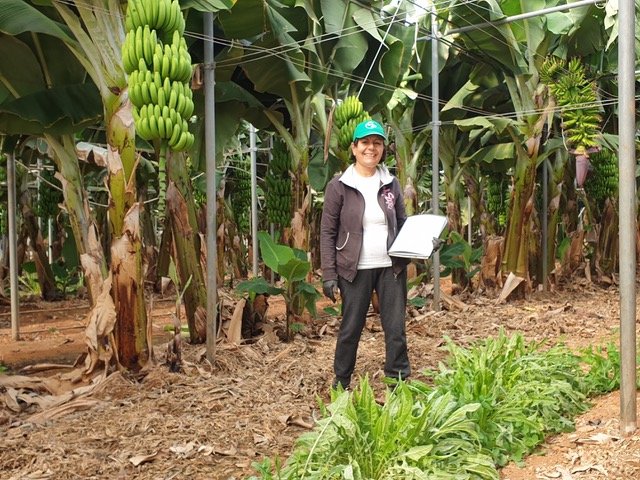 After many years abroad, Adám Dispyráki, together with his wife Elefthería, took over his father’s farming business on the Greek island of Crete in 1985. Consistently among the first to implement innovations in all areas, Adám and Elefthería switched to organic farming in 2012. They produce bananas, sweet peppers, tomatoes and lettuce in an exemplary form of mixed cultivation. For Elefthería, it has become self-evident that vegetables thrive better in plant communities than in monoculture, even in the greenhouse.